SaaStr began in 2012 as a simple attempt via a WordPress blog together with a few answers on Quora to help share back Jason M. Lemkin’s learnings of going from $0 to $100m ARR with the next generation of great SaaS and B2B entrepreneurs.

It has since gone on to become perhaps the largest web community of SaaS founders and entrepreneurs, with over 750k views per month and 5 million+ views on Quora.

The core SaaStr long-form content first appears here on http://www.saastr.com, and then on Quora, as well as via syndication in Forbes, The Wall Street Journal, Enterprise Irregulars, and other leading media.  Forbes named SaaStr one of the Top 100 blogs for entrepreneurs, and Inc. named SaaStr one of The 50 Best Websites for Entrepreneurs.

SaaStr also consists of over 1,000 additional posts and answers on Quora, where Jason M. Lemkin is consistently one of the Top 3 most popular authors (and has been named a Top Writer 3 years running).  If you want me a lot more SaaStr content, also view us on Quora.

We also have SaaStr Social meet-ups every 4-6 months that draw hundreds of SaaS entrepreneurs together to talk all things recurring revenue: 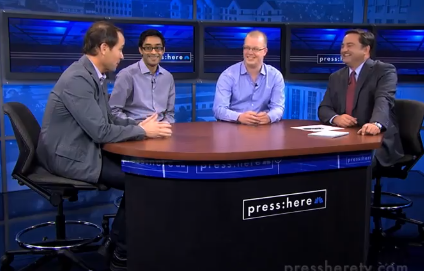 Jason has co-founded two successful start-ups selling to the enterprise.  Most recently, he served as CEO and co-founder of EchoSign, the web’s most popular electronic signature service, from inception through its acquisition by Adobe Systems Inc.

Prior to EchoSign and Adobe, he co-founded one of the only successes in nanotechnology, NanoGram Devices, which was acquired for $50m just 13 months after founding.  The technology, built into implantable power cells, has gone on to help extend the lives of thousands.

He has no known hobbies.